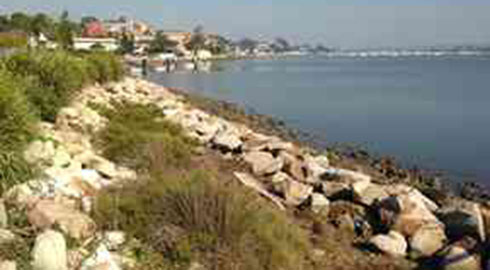 Seawalls are commonly used to armour estuarine and coastal foreshores against erosion and to prevent the inundation of low-lying areas. Historically, little thought was given to the intertidal habitats of the foreshore zone (such as saltmarshes, mangrove forests, mud flats and rock platforms) that were destroyed or fragmented through the creation of seawalls, or how seawalls could be designed to more closely mimic natural shores. As a result, large sections of natural shorelines have been lined with seawalls, with a number of consequences. In Sydney Harbour, more than 50% of the foreshore is armoured by seawalls for land reclamation and coastal protection purposes (Chapman and Bulleri, 2003). 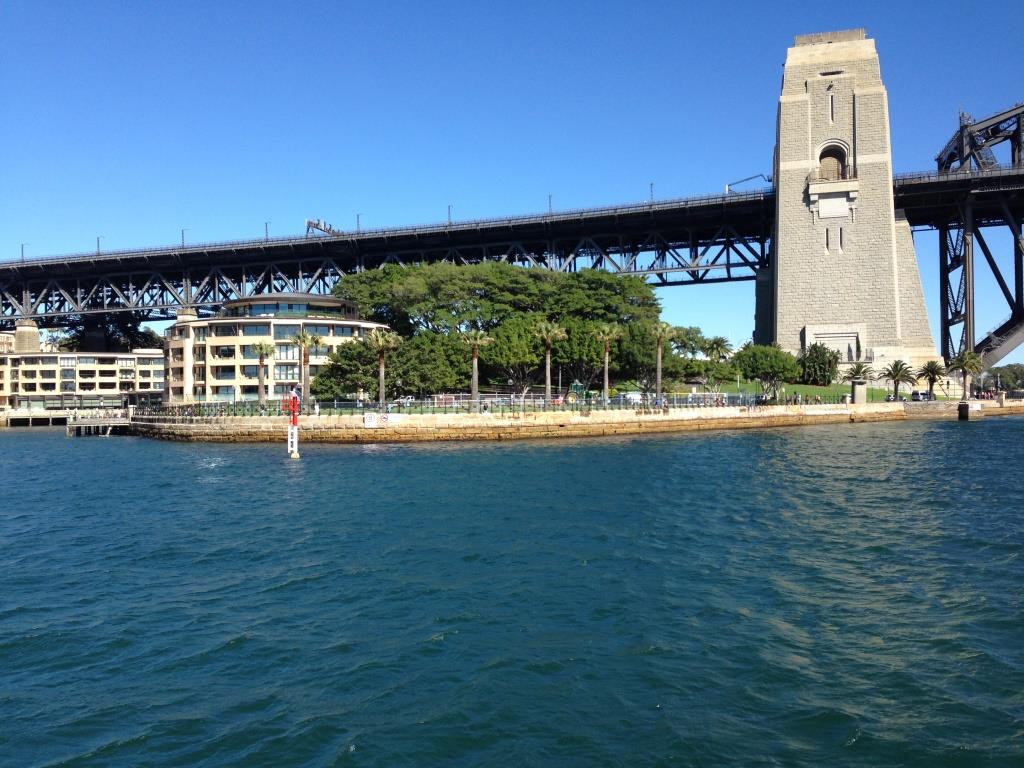 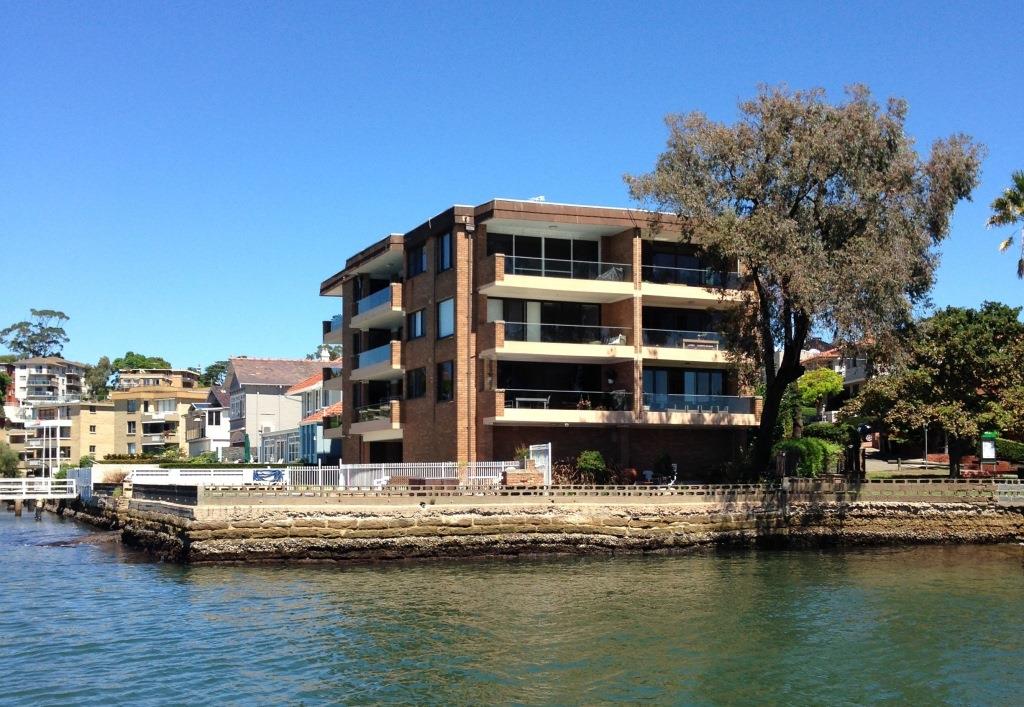 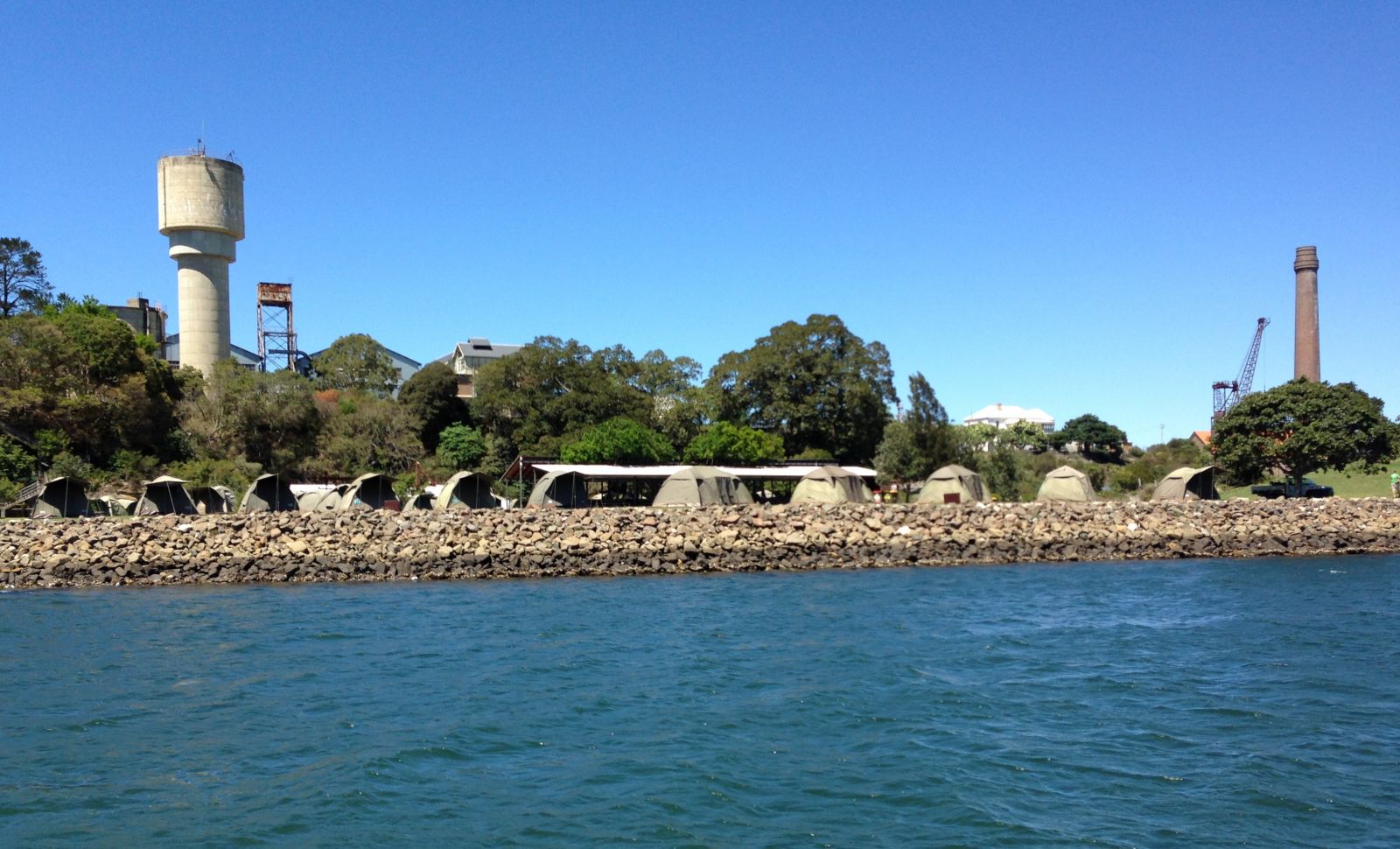 This habitat loss can greatly impact upon fish and other marine life. Natural vegetated habitat along the foreshore also acts as a buffer between the terrestrial and aquatic environments, thus protecting water quality from land-based impacts and landward habitats from the impacts of wind and wave erosion. Seawalls are poor surrogates for natural intertidal shores. 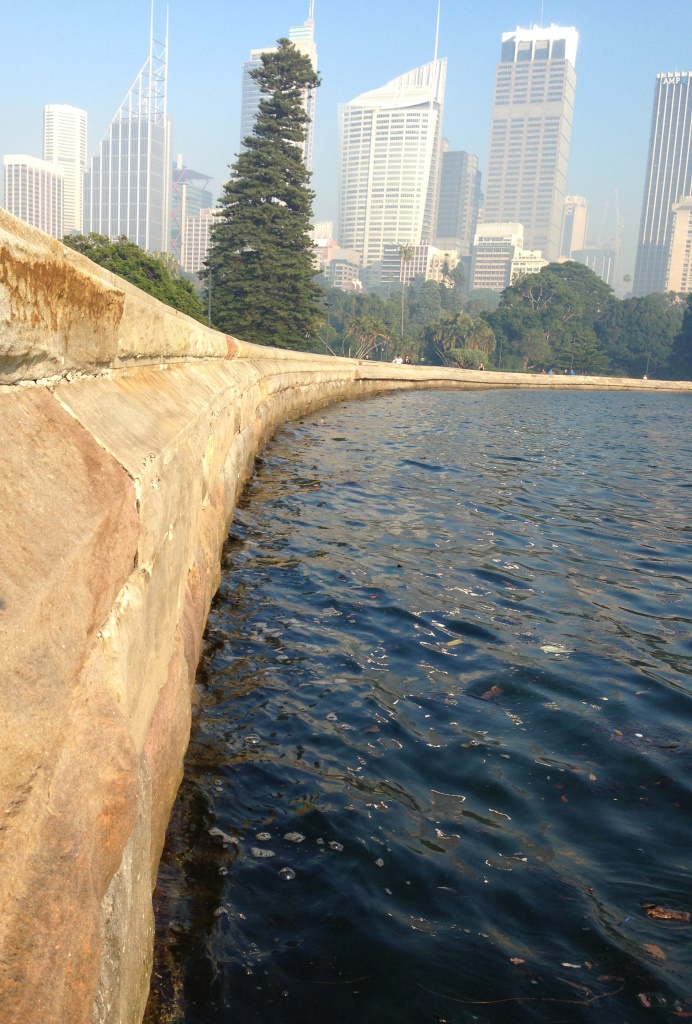 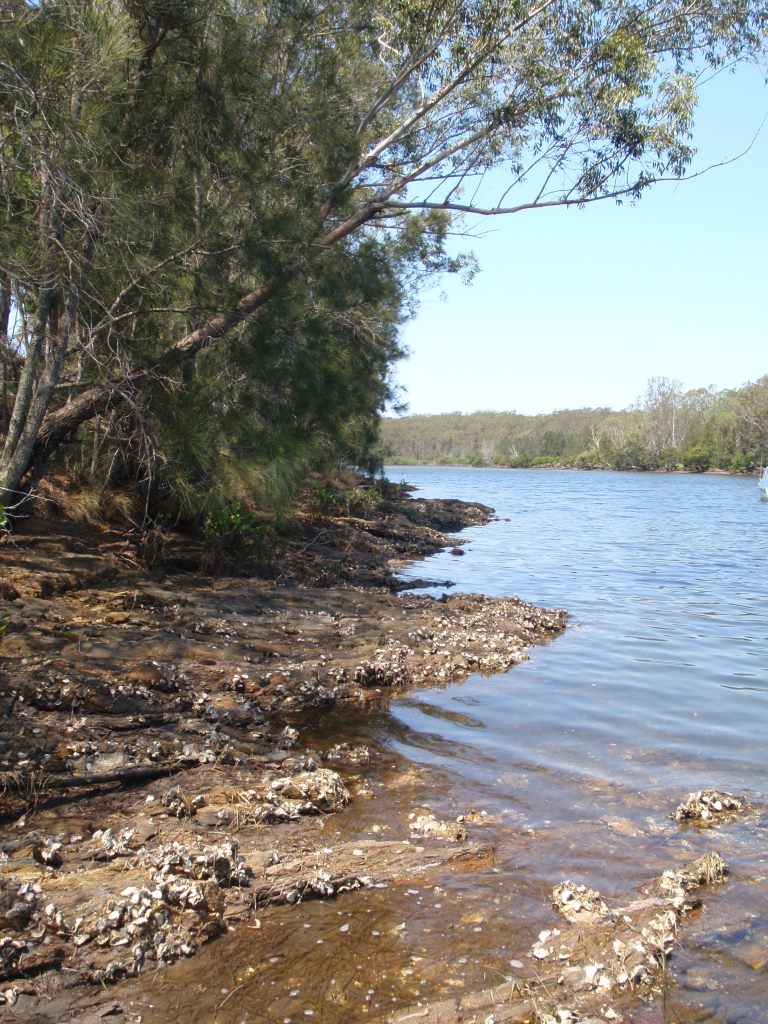 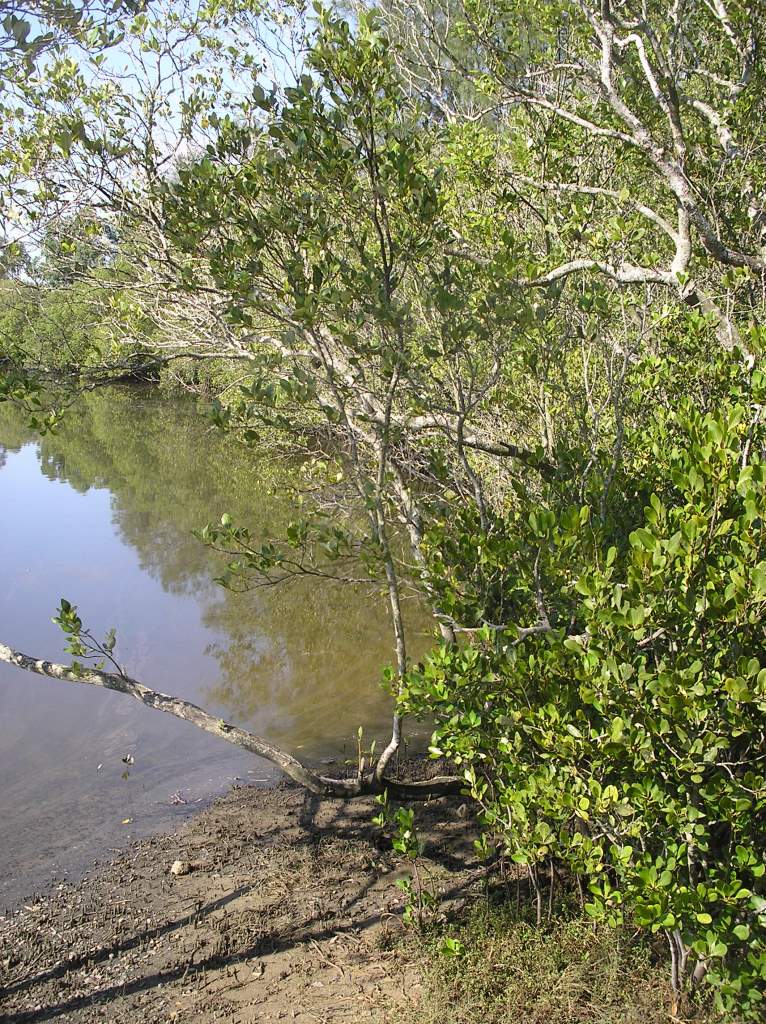 The demand to build more seawalls and the need to repair existing seawalls is expected to increase in a bid to protect low-lying assets from sea level rise associated with climate change. This will continue to have significant implications for the environmental health of estuaries if design rethinks or retrofits do not occur.

Where seawalls are determined to be the most appropriate management tool for protection of estuarine foreshores, it is important that they are designed and constructed to minimise environmental impacts and have greater habitat potential than traditional designs. Rethinking seawalls so that they more closely mimic natural foreshores will provide greater environmental value. In instances where existing, structurally sound seawalls are devoid of habitat features, the environmental value of the structure can be enhanced by retrofitting artificial habitat features such as panels, pots or crevices. Enhancing the roughness and texture of the seawall structure increases the surface area of the seawall to allow more marine plants and animals to attach and grow as more microhabitats are created.

Where a new seawall is required or where an old seawall is being replaced, the incorporation of a more gradual slope across the structure (from seaward to landward sides) will increase the opportunities for colonisation of surfaces as a wider section of the structure is available at each point in the over the tidal cycle. 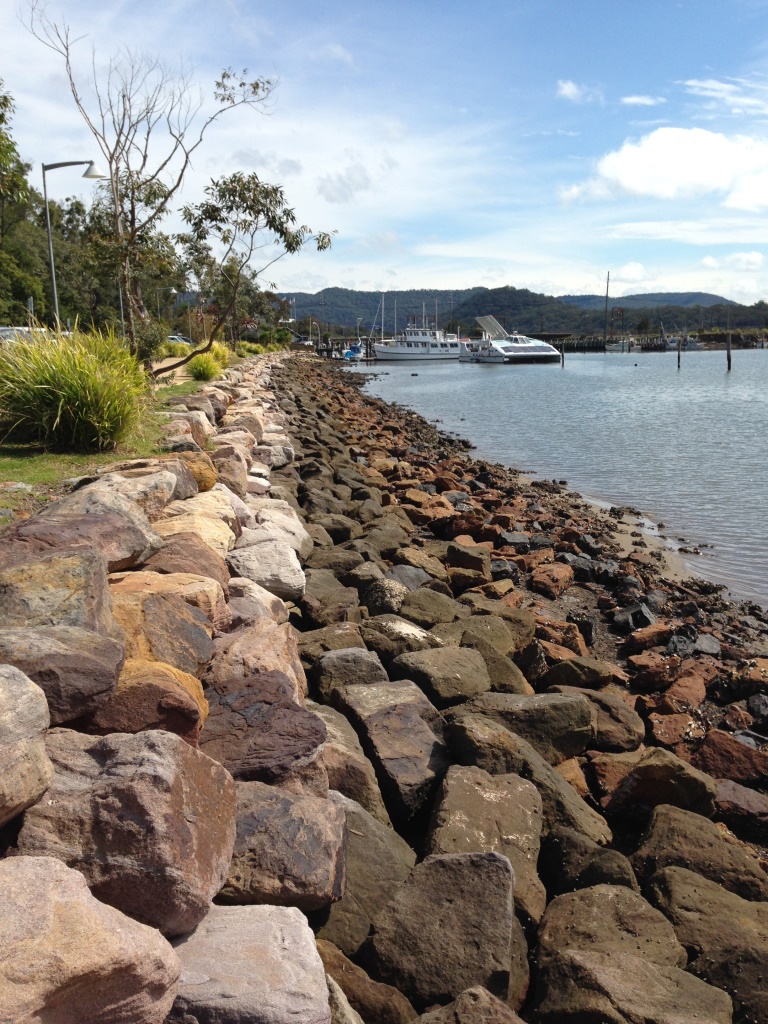 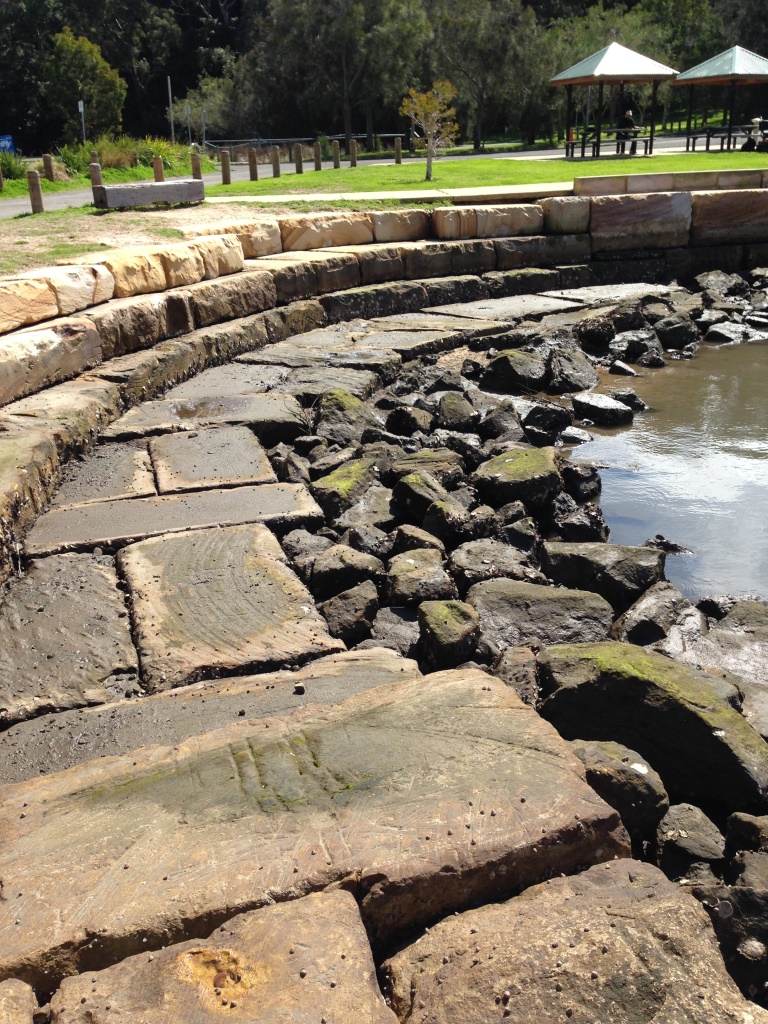 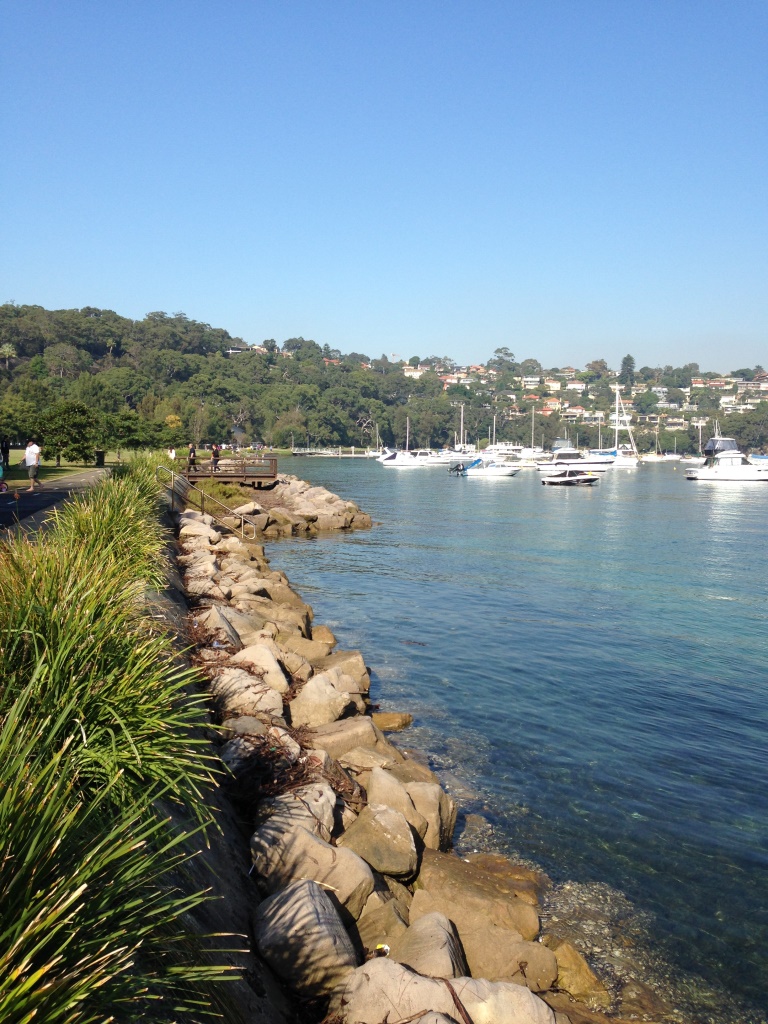 If space allows, inclusion of saltmarsh or mangrove benches behind the seaward sloping rock surface can further increase the biodiversity potential within the structure and provide hiding and foraging opportunities for a range of organisms. 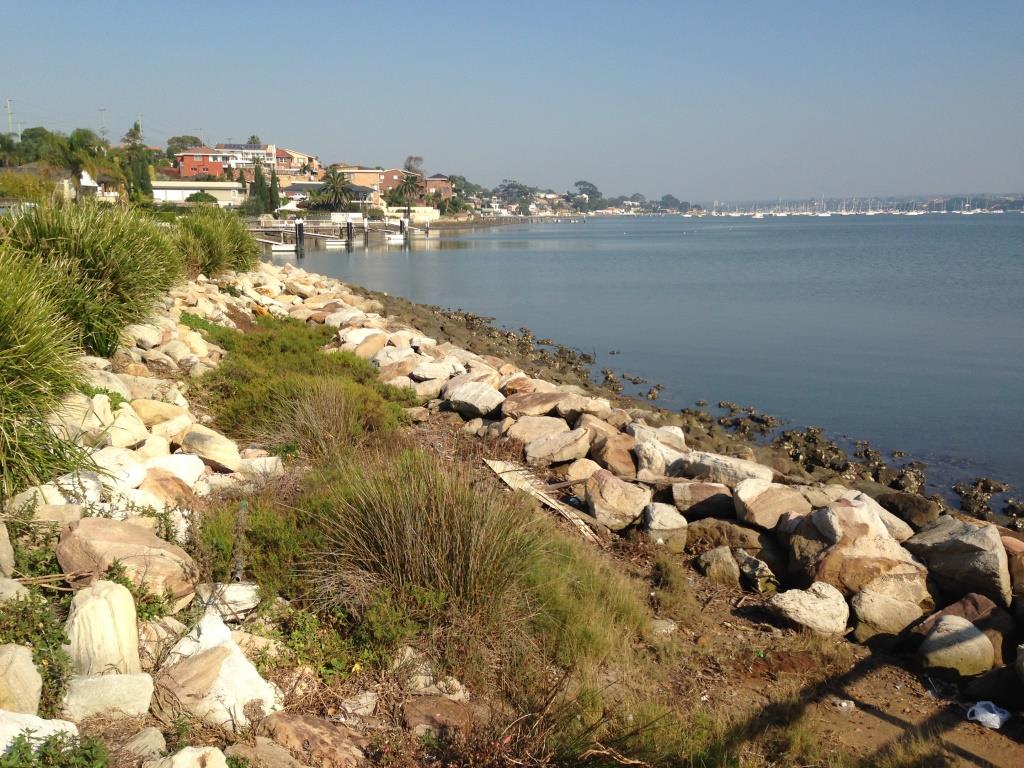 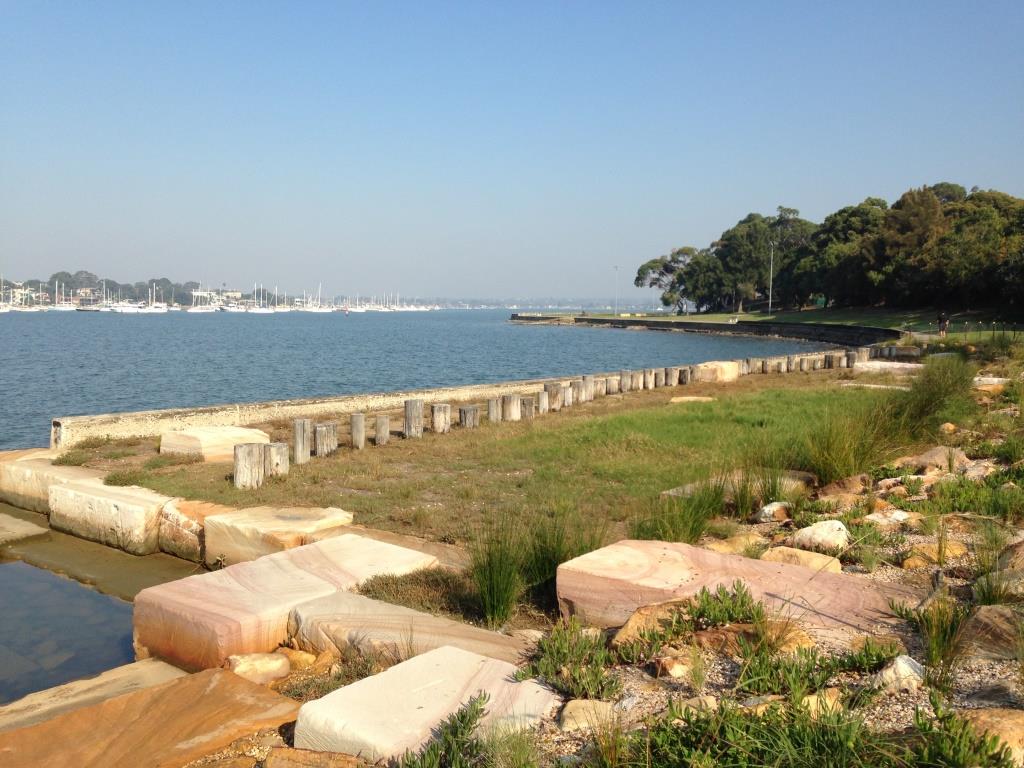 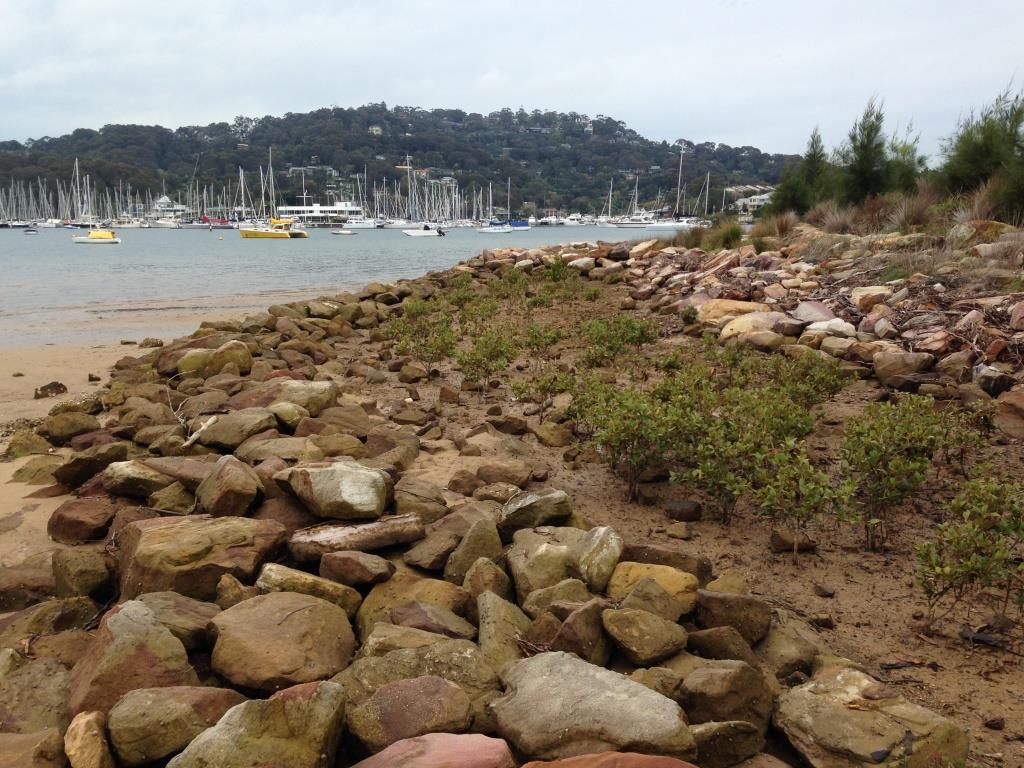 The natural surface variations found in nearby natural rock platforms and shorelines can be mimicked in the new structure to provide a range of features including pools, nooks, crannies, benches and platforms. These features can be incorporated at different levels of the new seawall to allow their use at different stages of the tidal cycle. 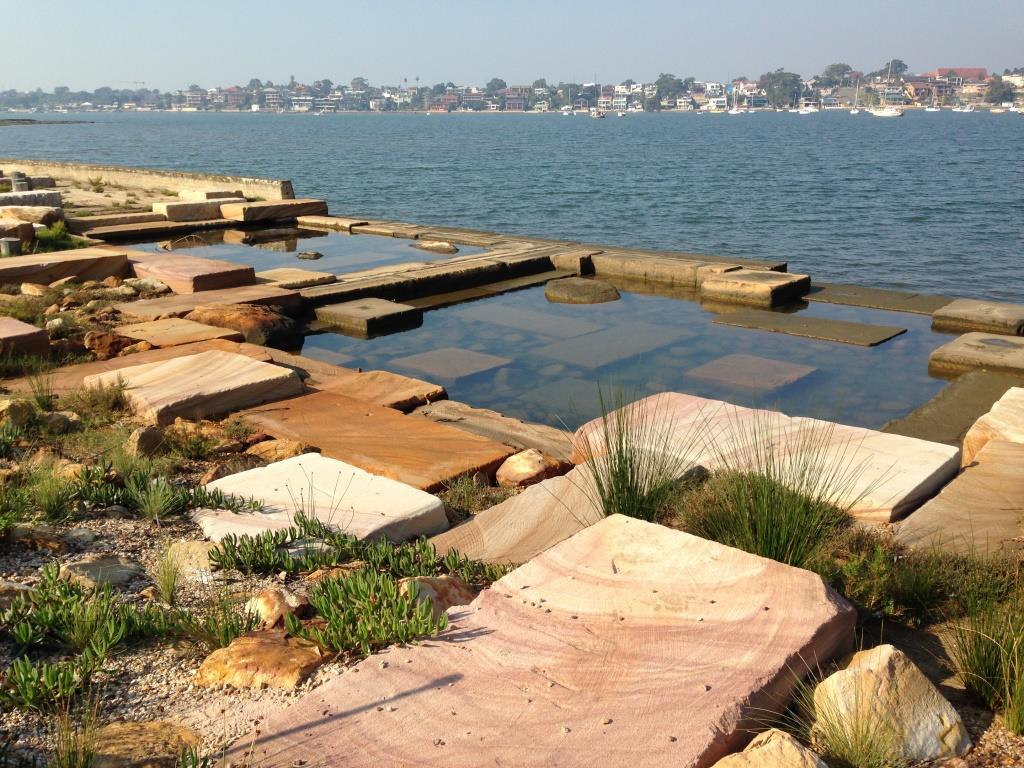 Learn more about Carss Bush Park environmentally friendly seawall - Stage 1 in the case study here and in resources below.

Along with maximising habitat opportunities, these interesting designs are more aesthetically pleasing than a vertical concrete or stone block wall, providing a more “landscaped” effect.

For existing seawalls where there is either no opportunity or need to replace the structure, surface complexity can be increased by keeping pitted stones and (where there is no risk to seawall's structural integrity) allowing crevices to form as mortar is lost from joints. Further enhancements can be made through the strategic removal of blocks, addition of prefabricated bolt-on textured panels or water holding flower pots. 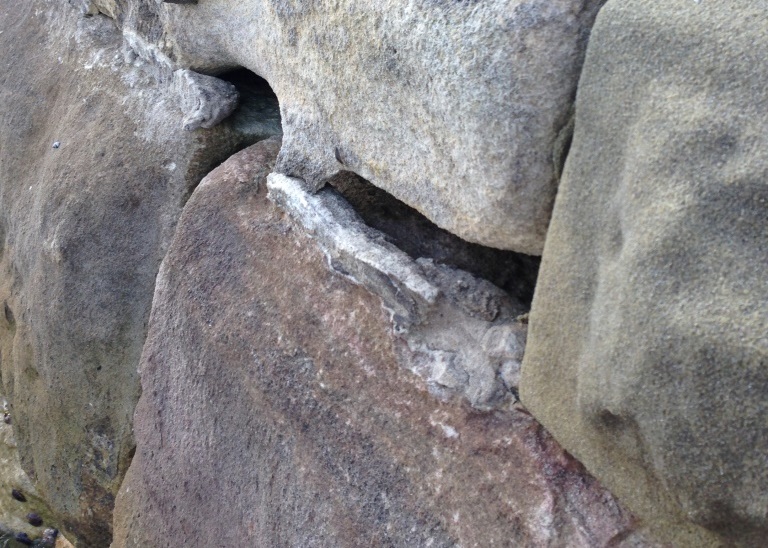 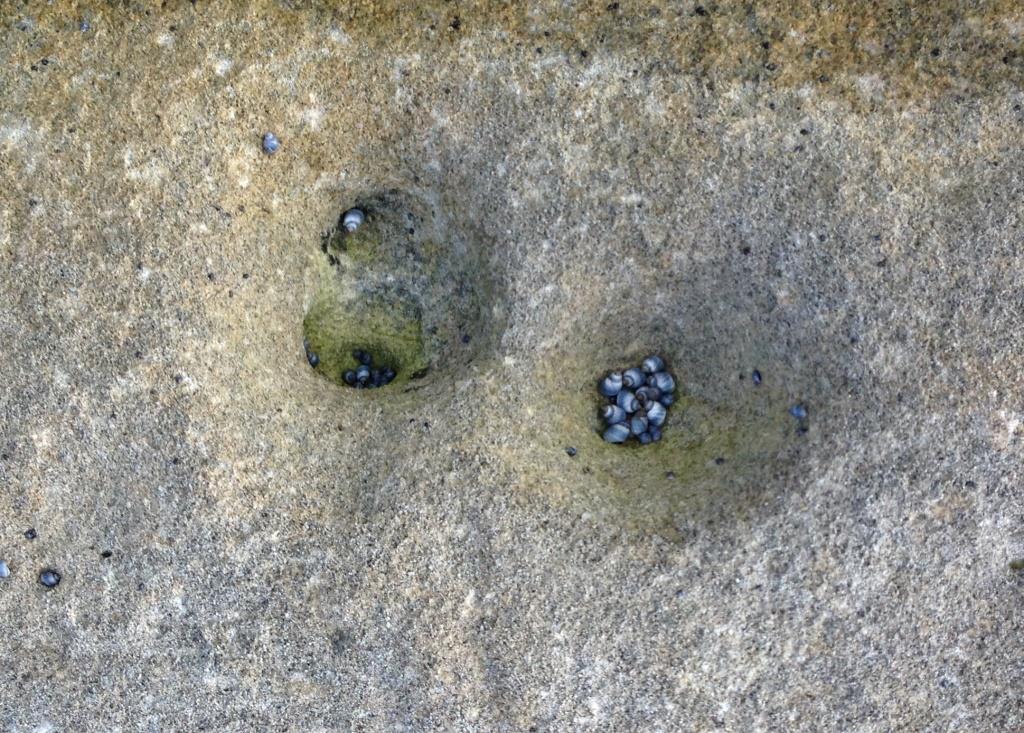 Bolted on complex panels will increase the surface area available to marine organisms, including places that are shaded and cooler, along with those that are exposed and dry more rapidly. 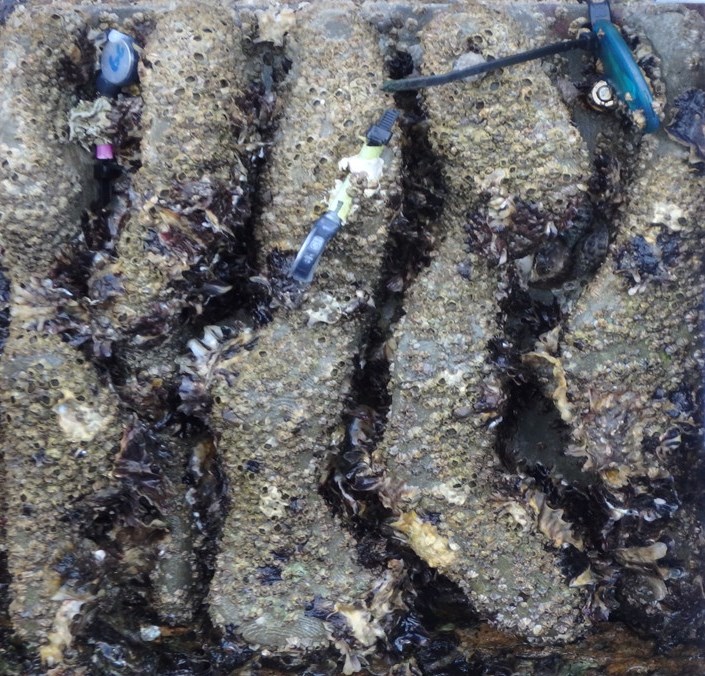 Innovative ways to create rock pools could include strategically removing blocks or cutting small holes into the existing, structurally sound stonework. Where structural integrity is an issue, a false façade could be constructed with integrated cavities. Flower pots, or similar bolt-on structures could also act to mimic rock pools. 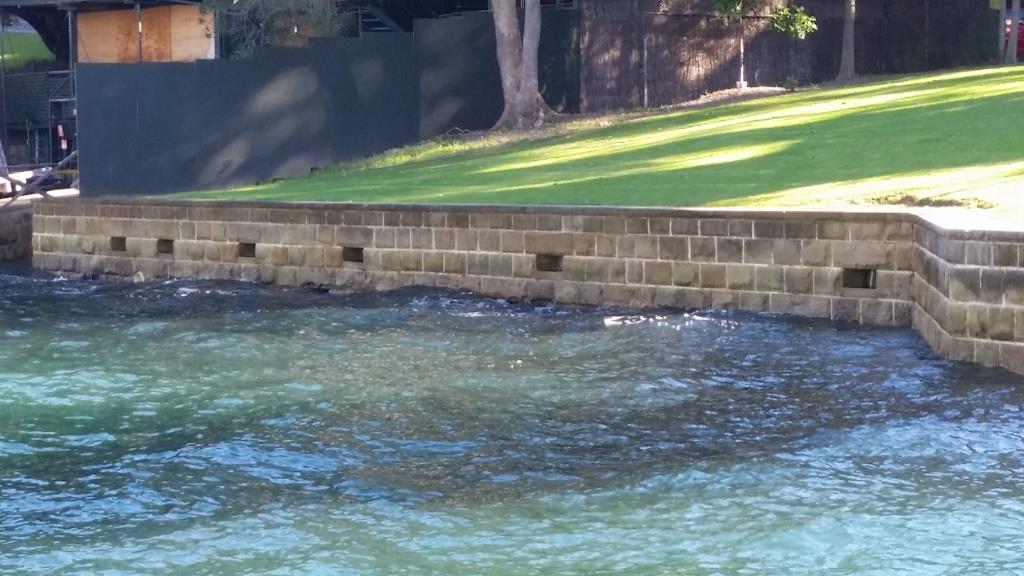 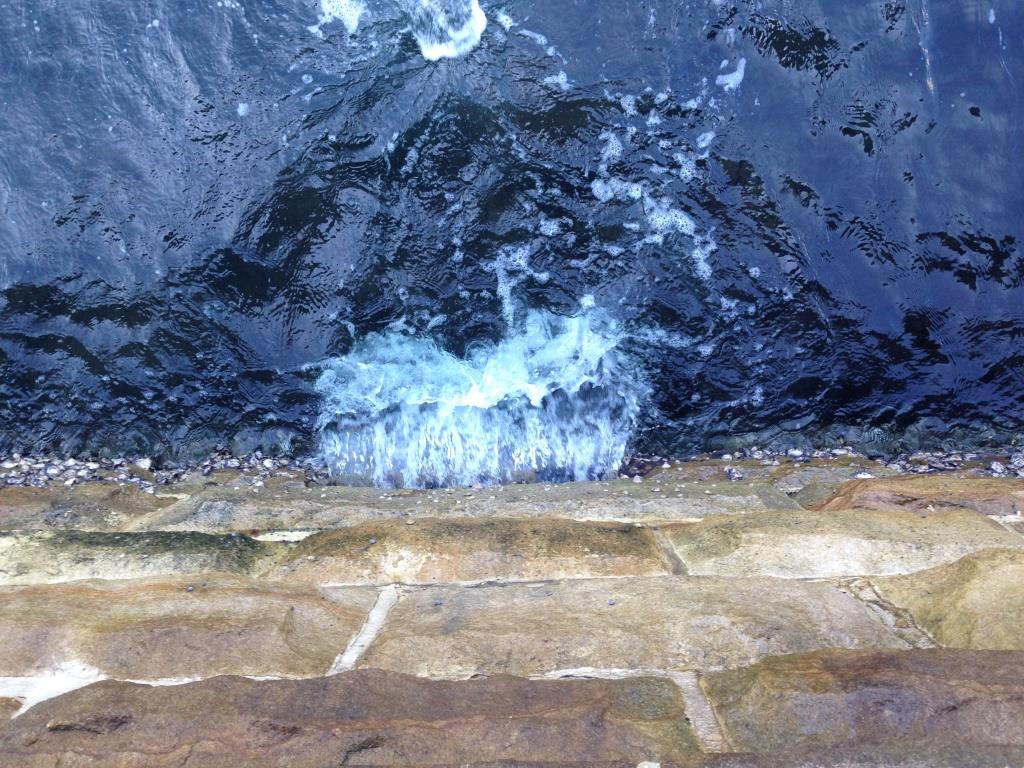 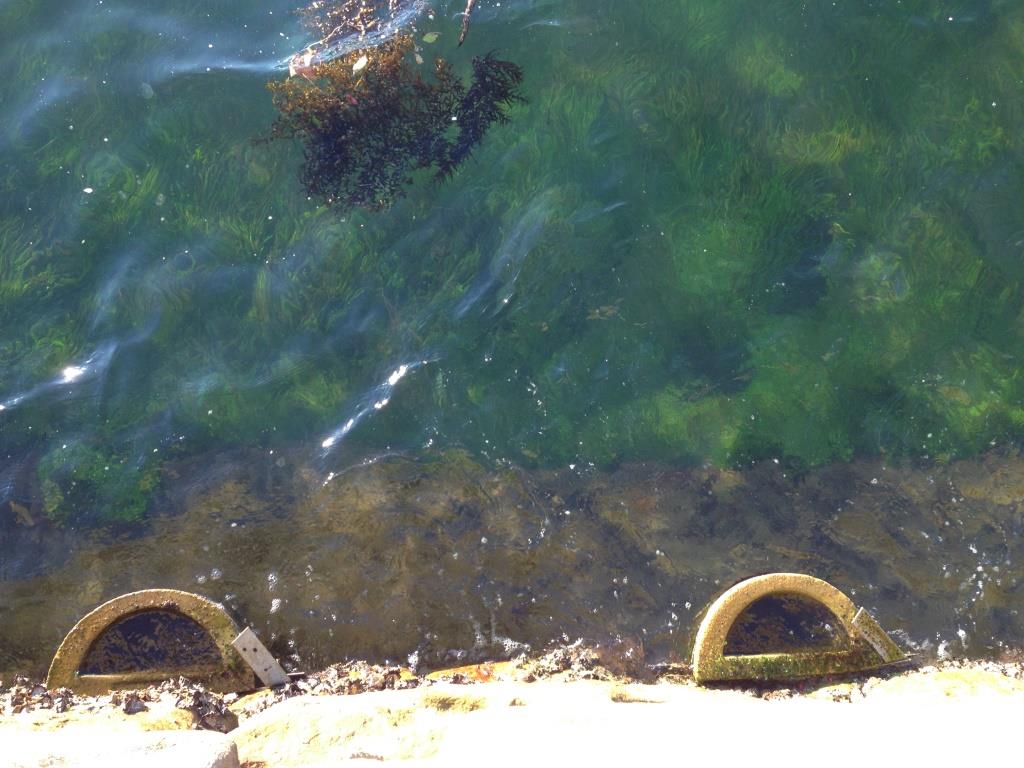 These modifications allow water to be held for long periods or until inundated during the next tidal cycle. This allows organisms that would not normally survive exposure during low tide to remain in place, and if placed at different levels across the tidal range, can allow for organisms with differing inundation requirements to colonise.

Learn more about Sydney Institute of Marine Science (SIMS) trials and monitoring of structures retrofitted to existing seawalls to improve biodiversity in the case study Sydney Harbour – enhancing seawall sustainability here and in resources below.

If you want to get an idea about what these improvements may look like for a small waterfront business or residence, have a look at the case study Retrofitting seawalls environmentally friendly options for small business and residential properties here and in resources below. 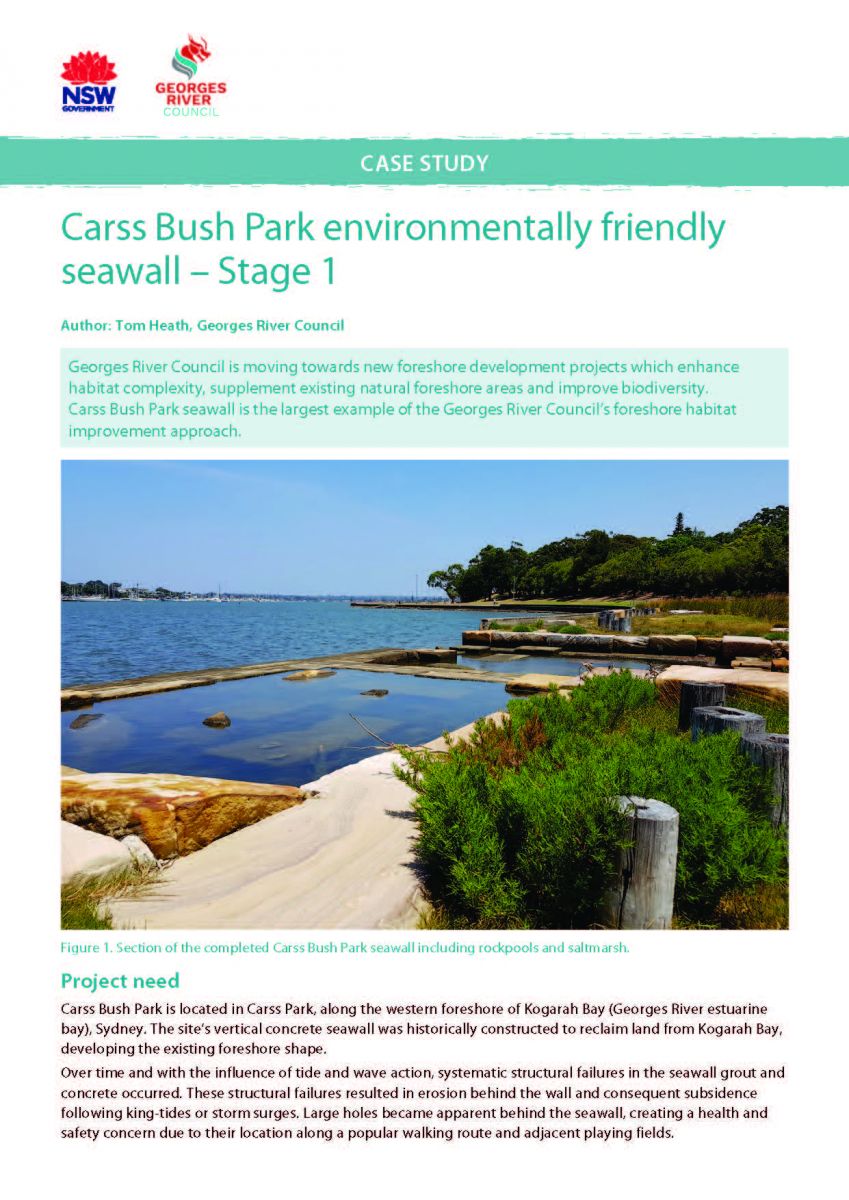 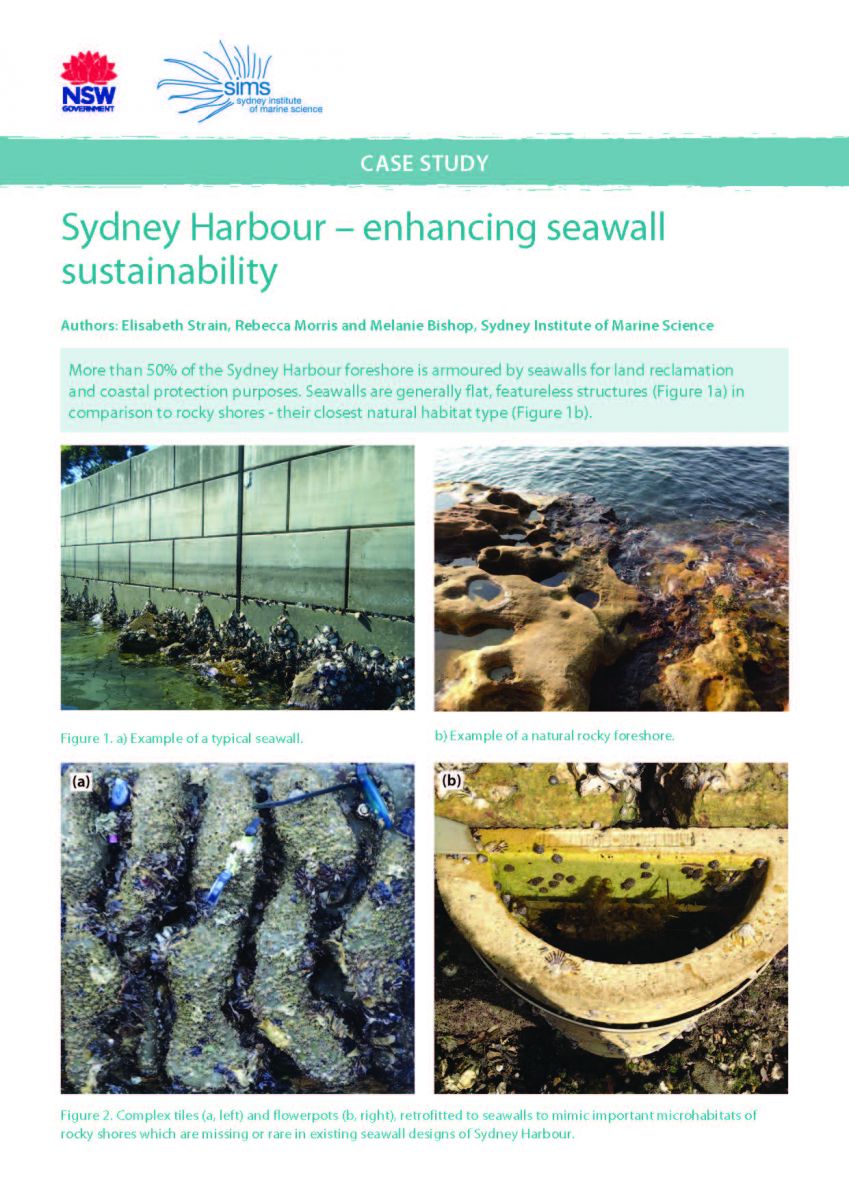 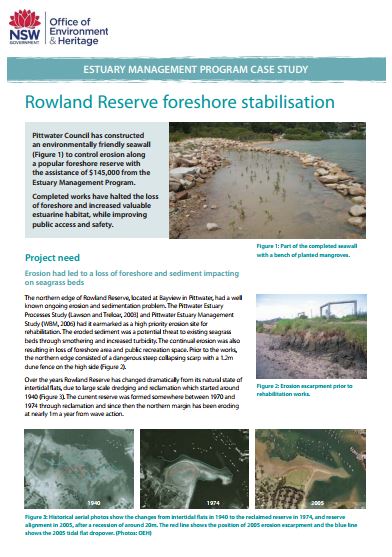 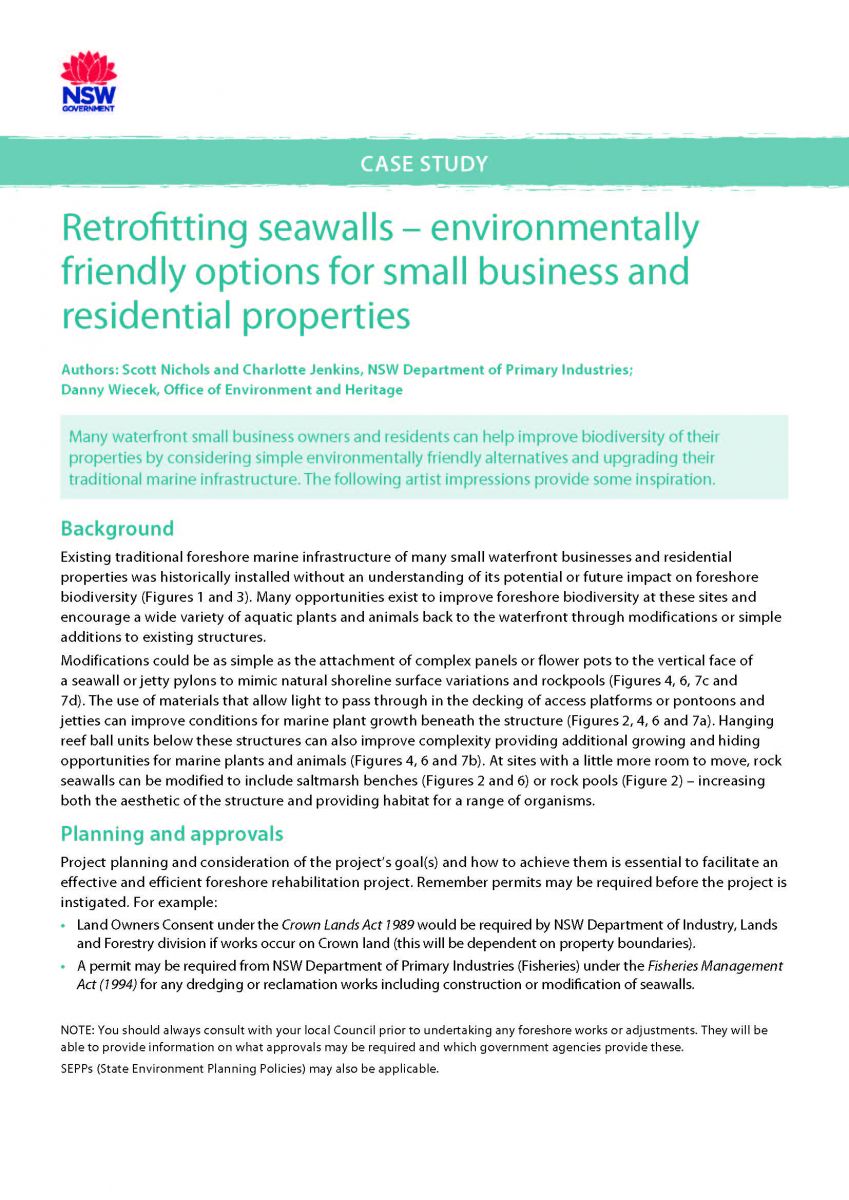 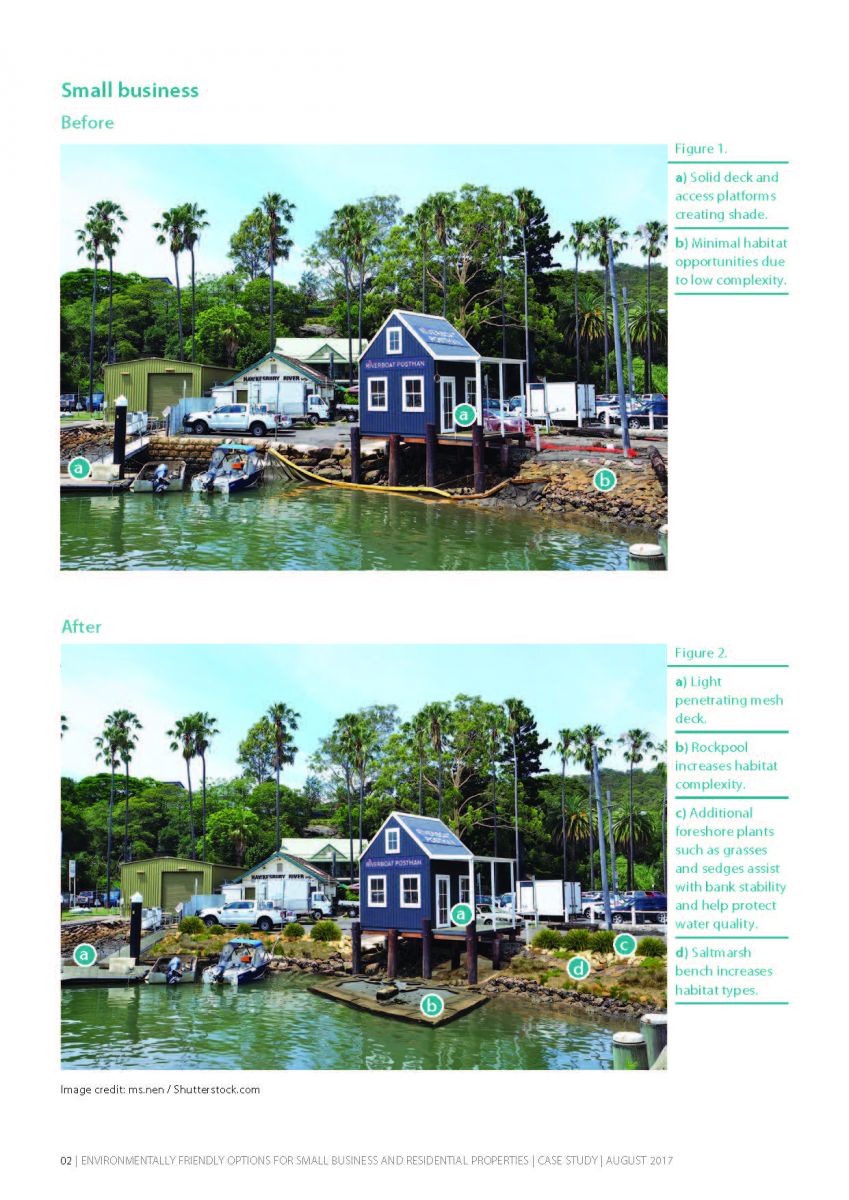 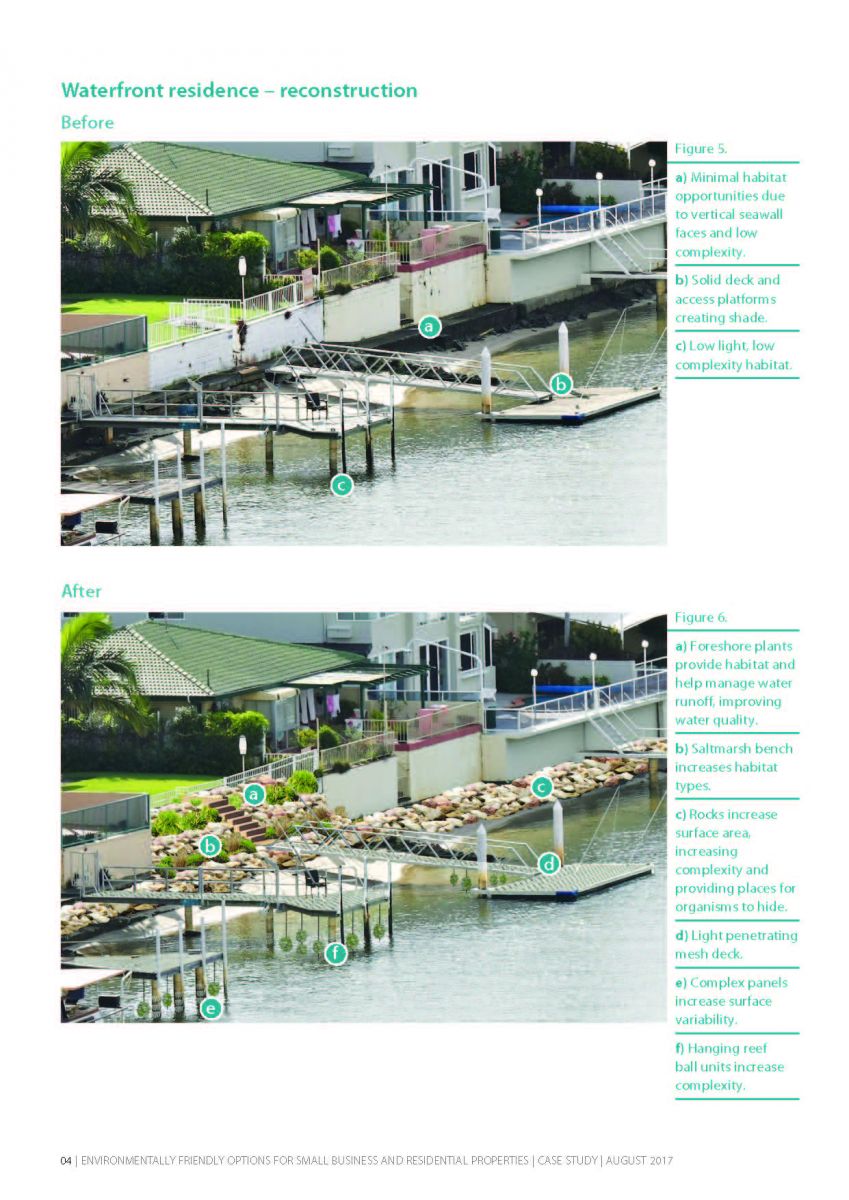 Office of Environment and Heritage Guidelines for Environmentally Friendly Seawalls.

Sydney Institute of Marine Science is a partner in the World Harbour Project and has worked with Reef Design Lab to monitor the effects of complex panel installations on seawalls in Sydney. Read more about their living seawalls project here.

The University of Sydney are investigating the effects of adding flowerpots to seawalls to create mini rock pools.

Office of Environment and Heritage Guidelines for Environmentally Friendly Seawalls.